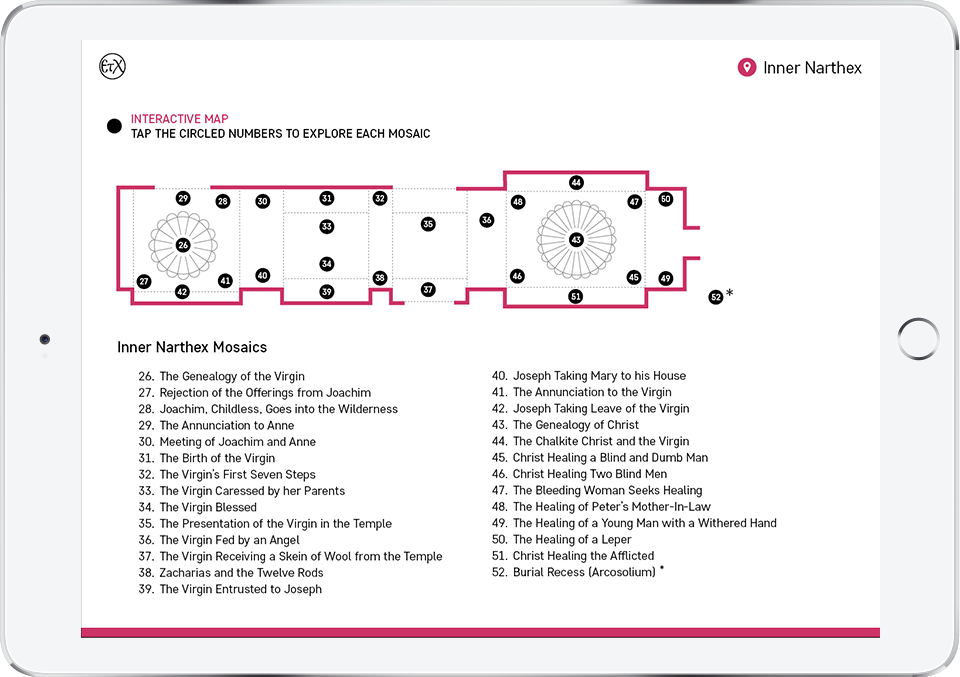 “The servants having brought the wool for the virgins to receive, the purple fell to Mary’s lot” Protevangelium of James

Chora Church (Kariye Museum) inner narthex (Greek: Εσωνάρθηκας) is a rectangular space of 4 meters wide and 18 meters long and runs parallel to outer Narthex. It consists of lunettes and vaults which are decorated with the lives of the Virgin and miracles of Christ as well as standing images of saints.

Three bays of the inner narthex are devoted to the story of the Virgin from her miraculous conception of the elderly parents, Joachim and Anna, to her childhood to the temple, her birth, her first steps to Anne at six months old, her marriage to the elderly Joseph, to her miraculous pregnancy.

The oversized representation of the Deesis, decorating the eastern wall of the narthex depicts Christ and the Virgin with the former founders Isaac Komnenos and the nun Melanie kneeling at their feet.

Inner narthex hosts two highly decorated domes. The southern dome with a diameter of 3.74m was constructed with 24-flutes, nine windows and on its summit is the depiction of Christ Pantocrator. Thirty-nine portraits of ancestors are placed in the flutes representing the genealogy of Christ starting from Adam. Around dome of the Ancestors in the pendentives are some of the miracles of Christ starting with the healing a blind and a dumb man, the afflicted, the two blind men, to the Bleeding Woman.

The northern dome has a diameter of 3.40m and was constructed with two rows of flutes, five windows and is decorated with mosaics representing the ancestors of Mary with sixteen kings of the House of David. On its summit is the depiction of Virgin Mary and Christ Child. 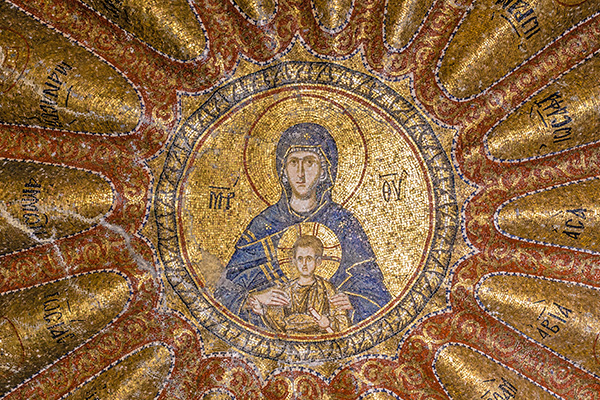 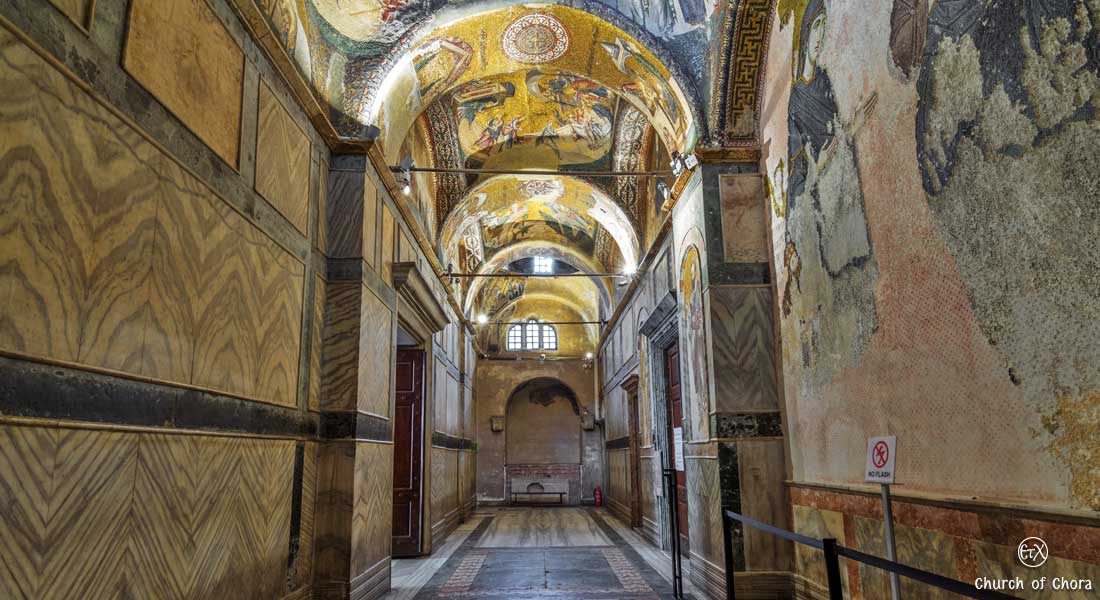 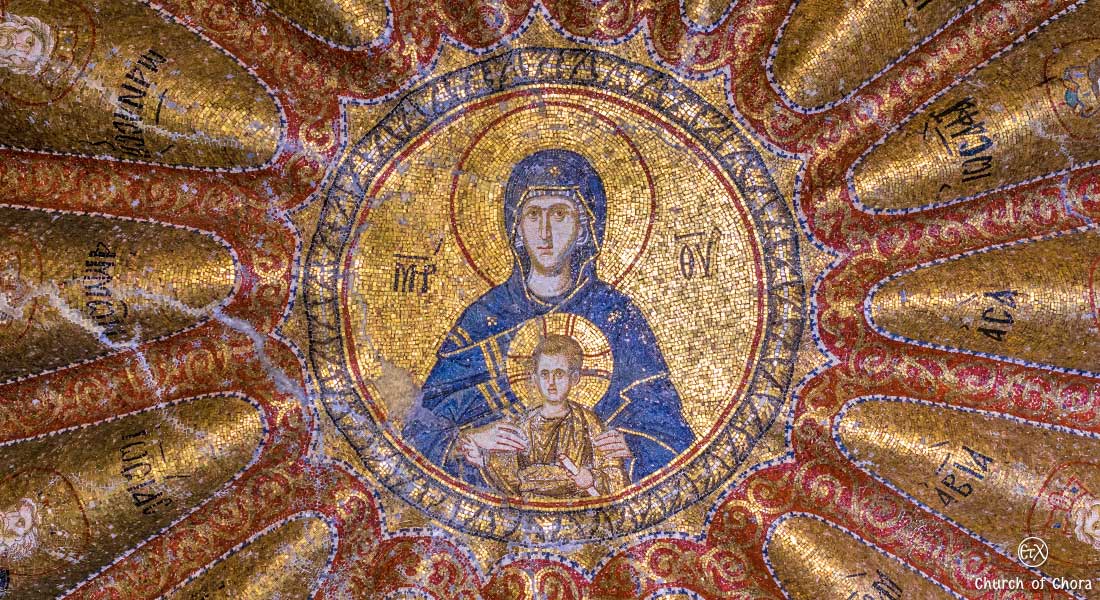 Chora Museum (Chora Church) in Istanbul, The Genealogy of the Virgin 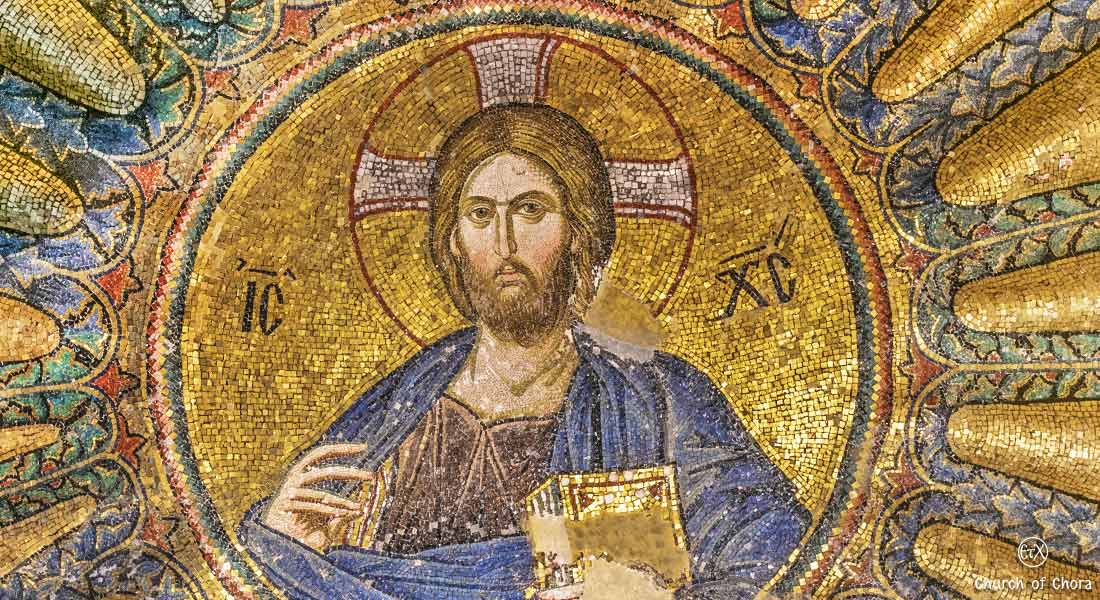 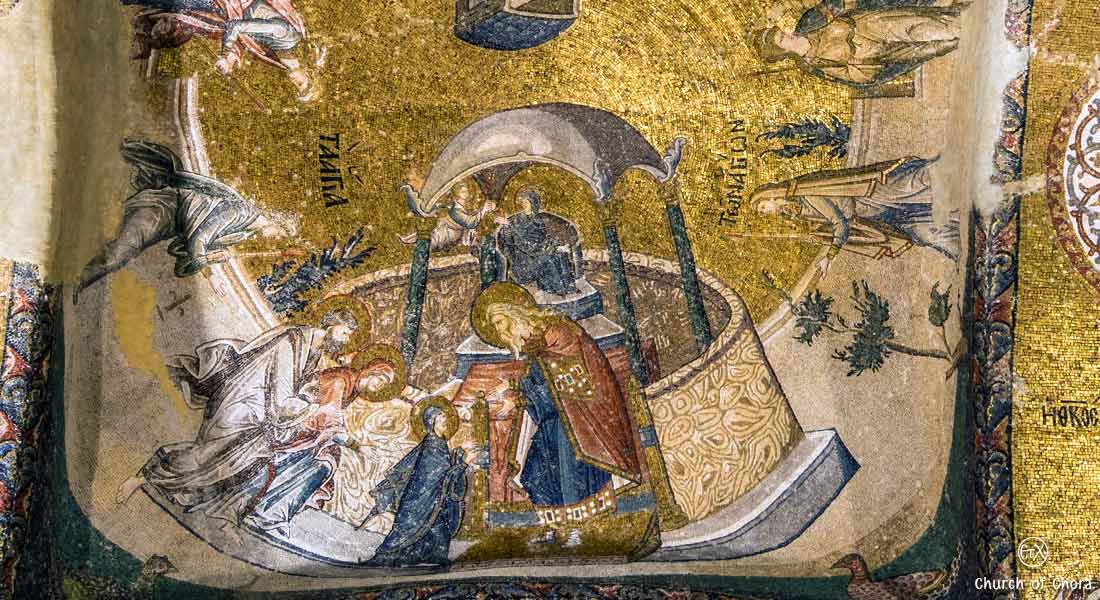 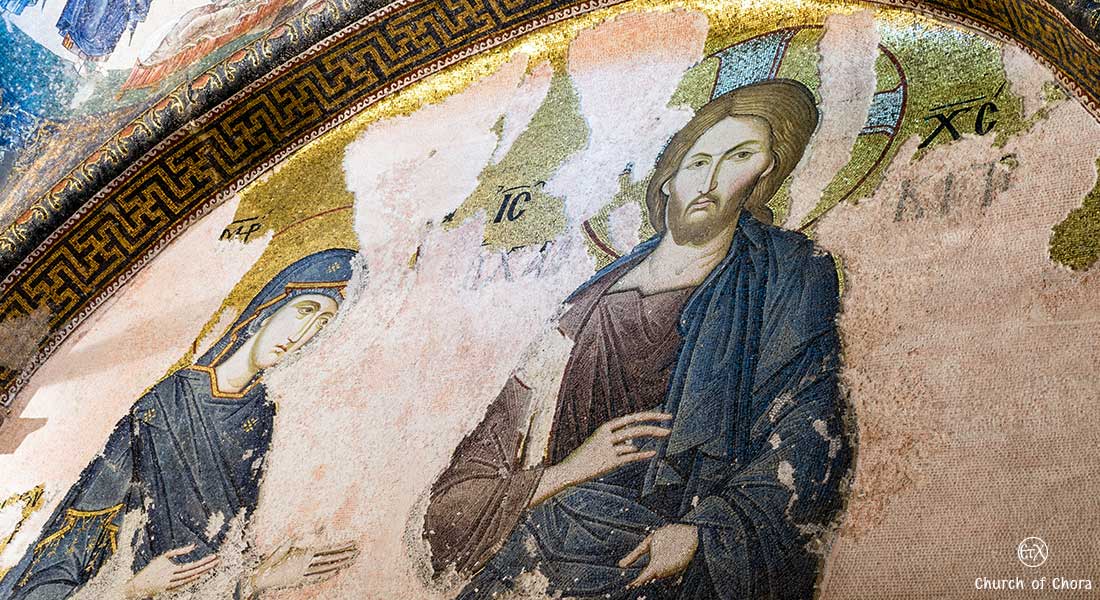 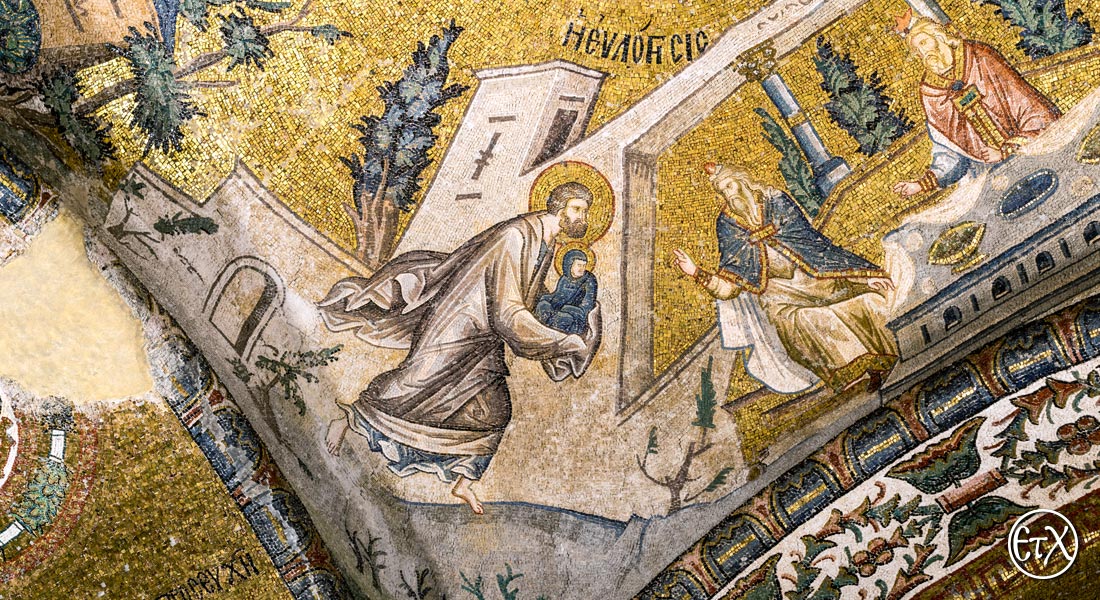 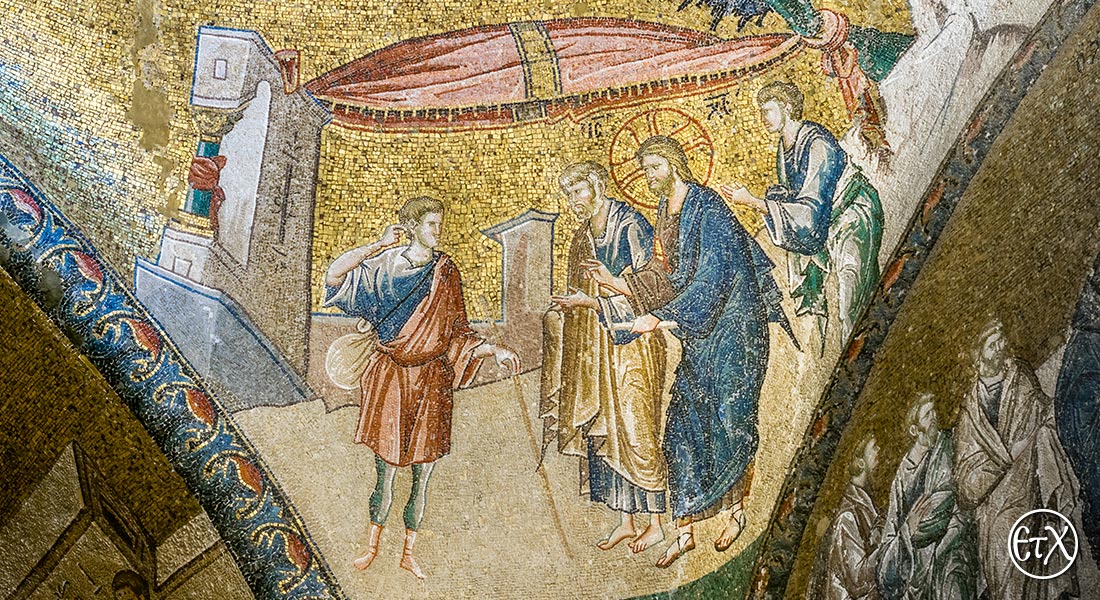 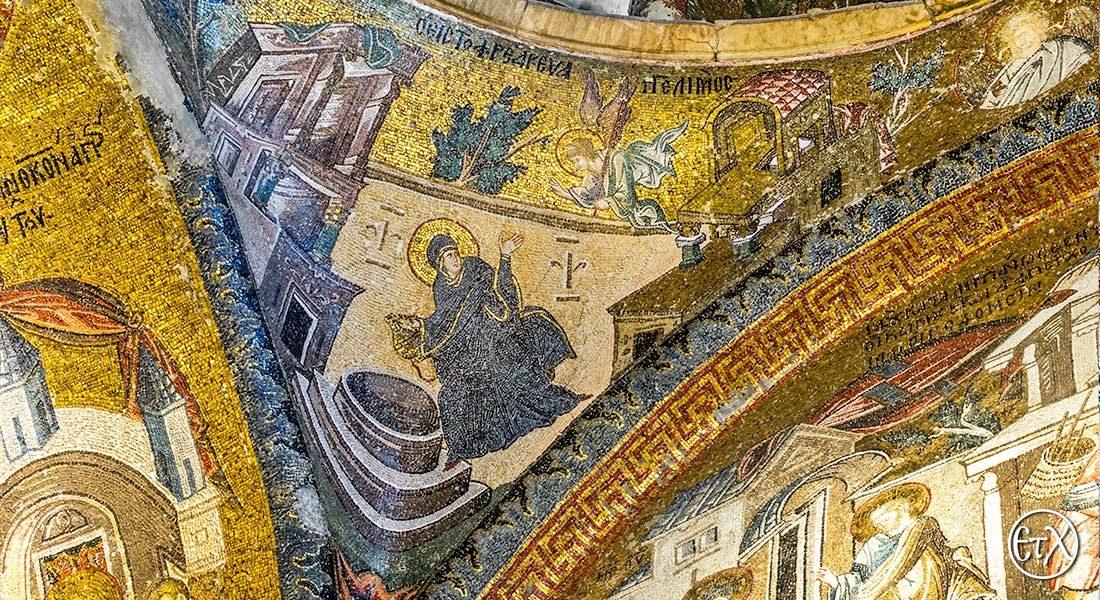 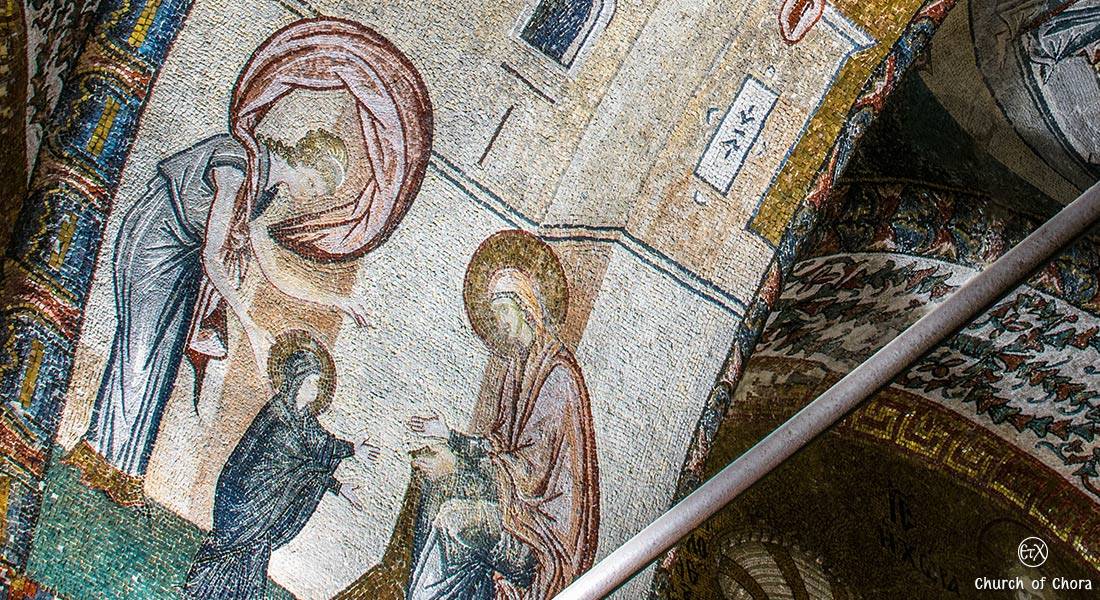