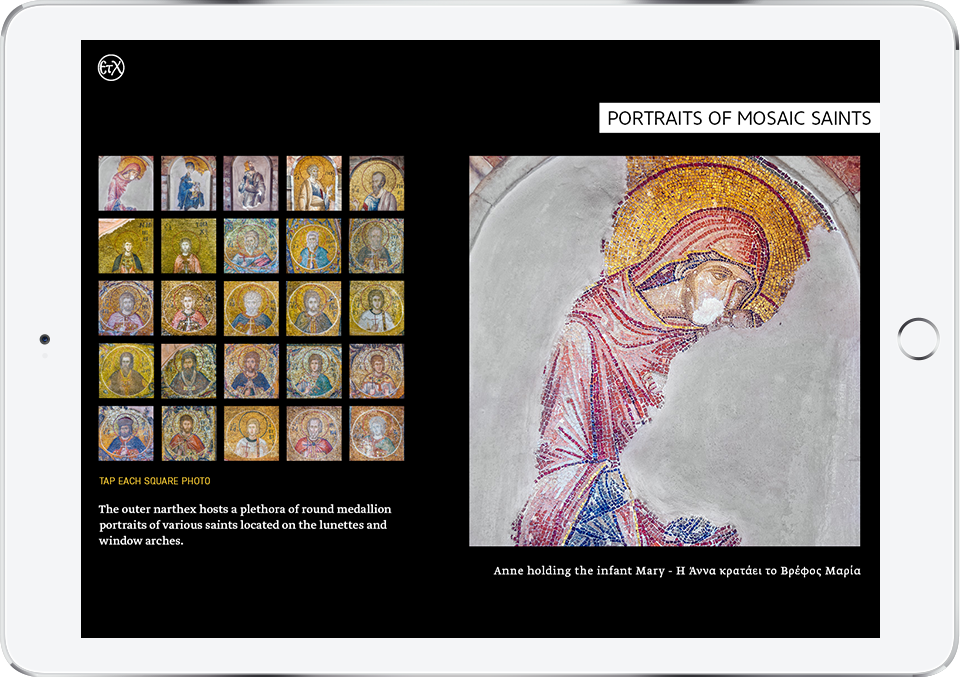 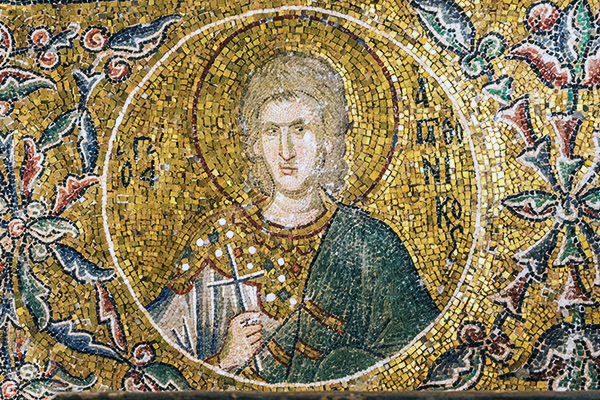 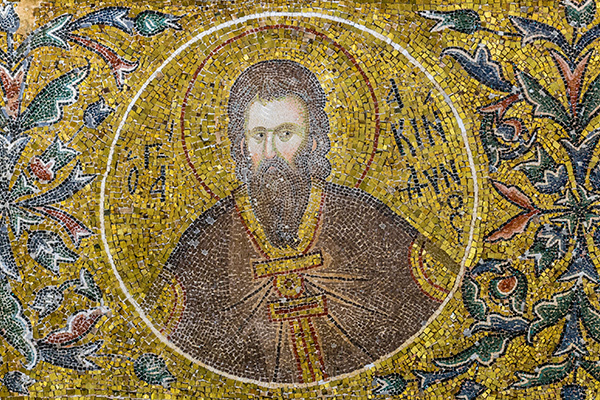 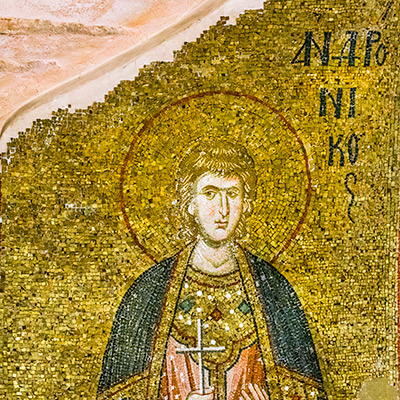 Saint Andronicus of Cilicia (Greek: Άγιος Ανδρόνικος) was a martyr of the Diocletian persecution along with Saints Tarachus and Saint Probus (about 304). All tortured and killed in the time of the Roman emperor Diocletian at Anazarbus in Cilicia after which they were declared saints. 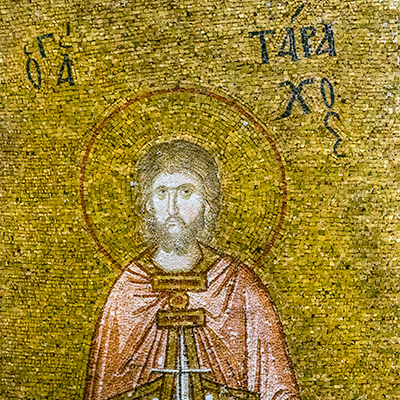 Saint Tarachus of Cilicia (Greek: Άγιος Τάραχος) was a retired military officer of the imperial armies, who had reached the age of sixty-five. Also a martyr who was denounced as a Christian to the governor of Cilicia. He was arrested at Pompeiopolis, and conducted to Tarsus. 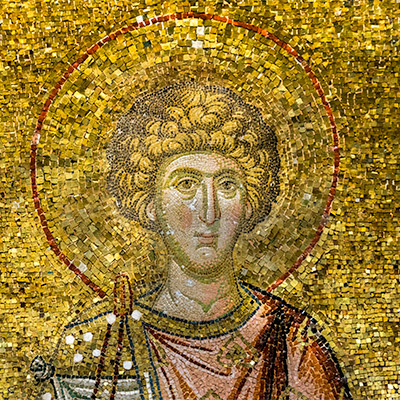 Saint George (Greek: Άγιος Γεώργιος) was a Roman soldier of Greek origin and officer in the Guard of Roman Emperor Diocletian who ordered his death for failing to recant his Christian faith. As a Christian martyr, he later became one of the most respected saints in Christianity. 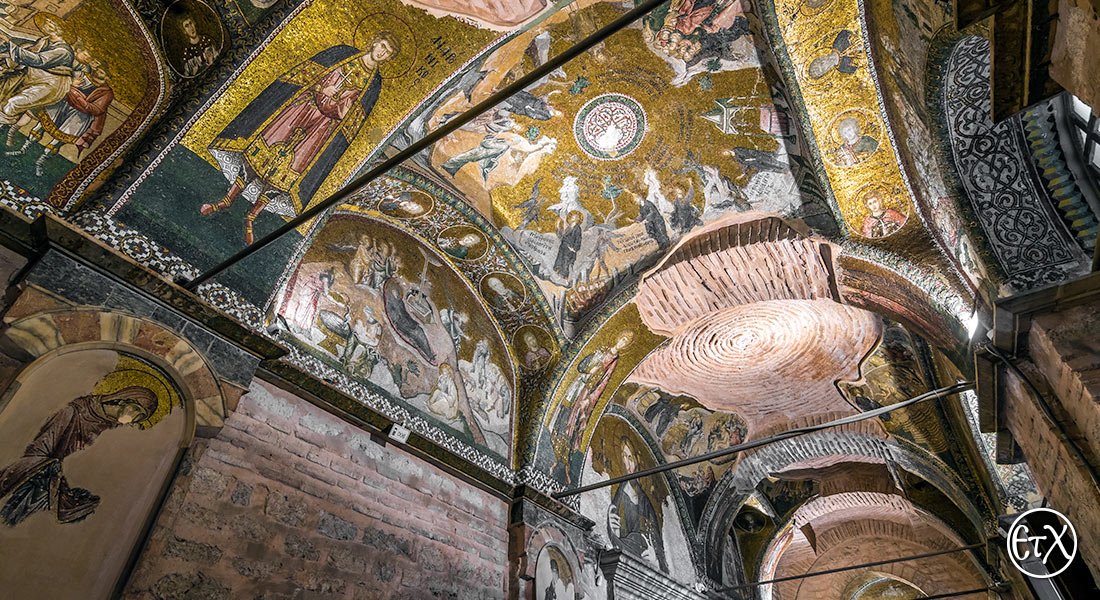 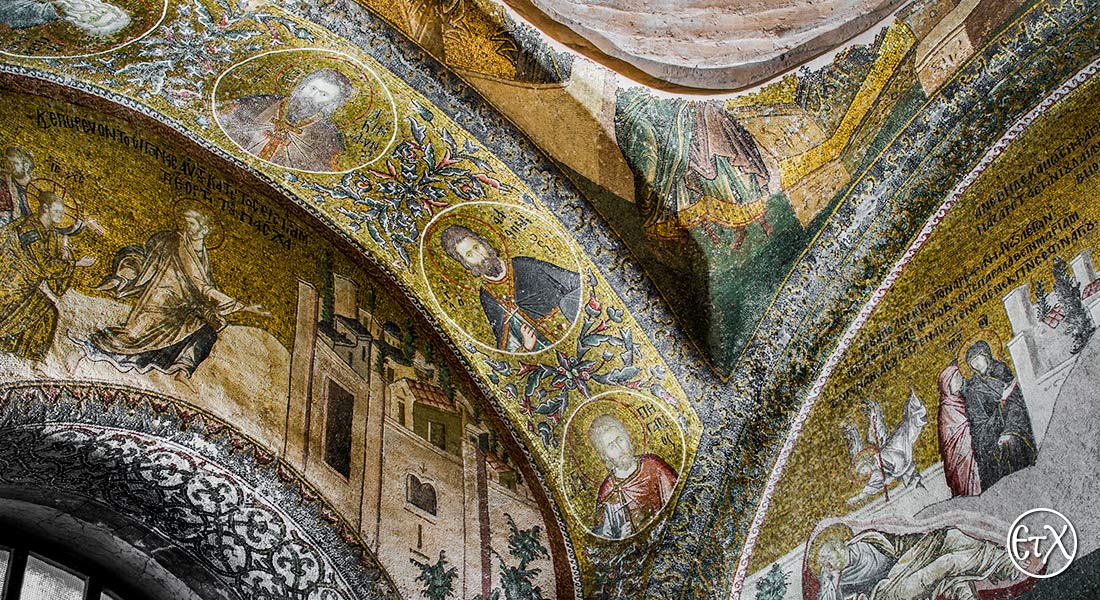 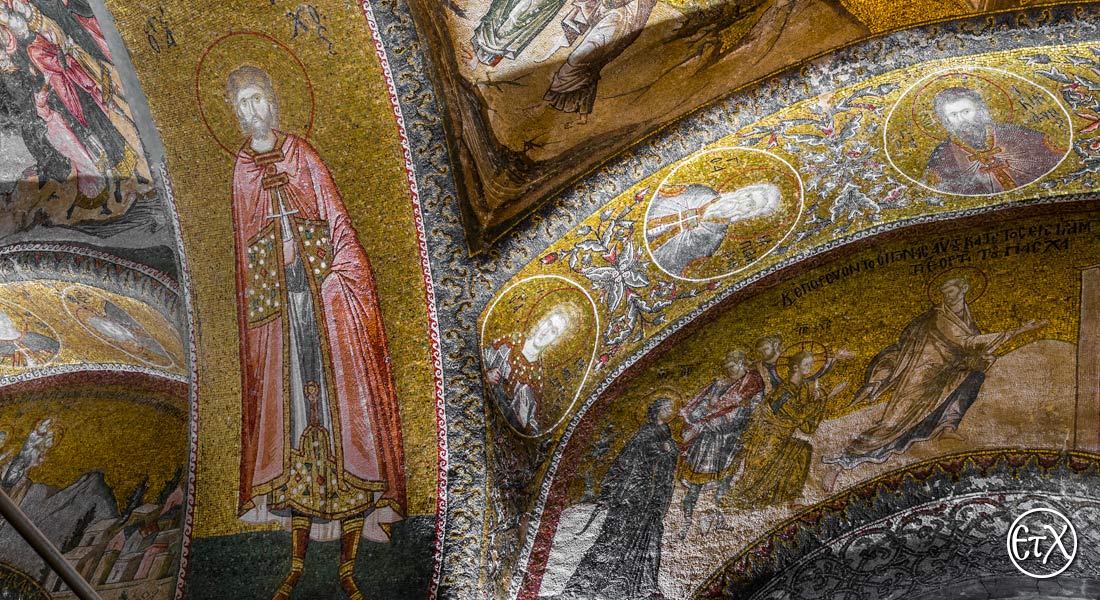 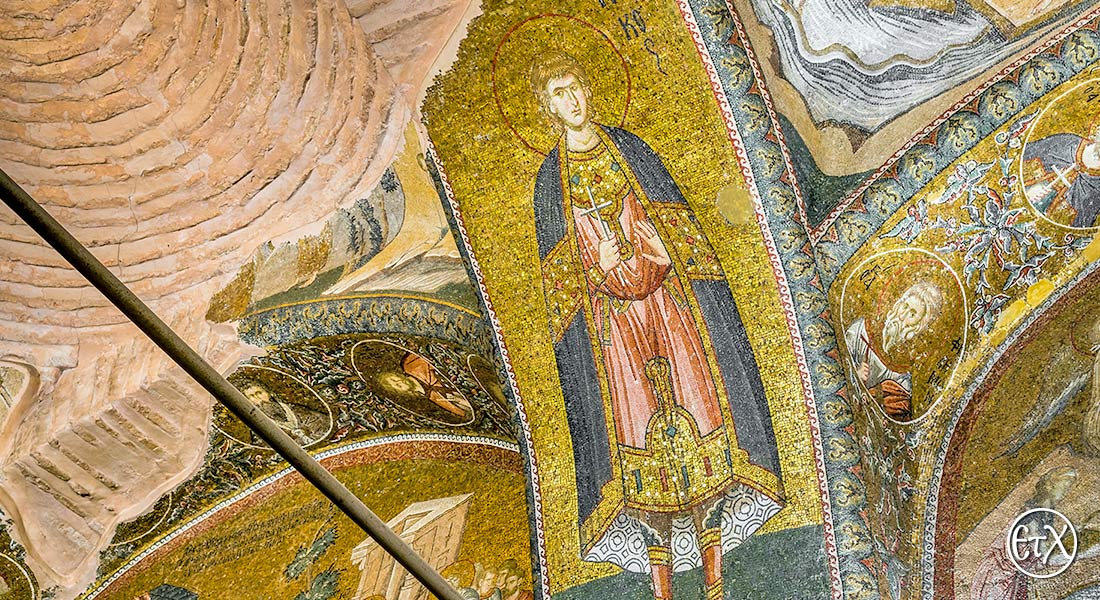